Can Specializing Too Early Hurt Your Career?

Can Specializing Too Early Hurt Your Career? was originally published on Vault.

The sure way to career success is to settle on an area of specialization as soon you can and then engage in that specialization as often as you can, putting in your 10,000 hours, until you become an expert in that area, right?

As it turns out, there’s mounting evidence pointing in the opposite direction of early specialization for career success, toward something scientists refer to as a “sampling period”—a time in which people test out many different activities, gaining a broad set of skills and learning about their true interests. In fact, this period (unscientifically referred to as “dabbling”) has been essential to the career success of some of the most successful people in their (eventual) chosen fields. Dabblers such as Duke Ellington, Roger Federer, and Vincent van Gogh—who, before picking up a book called The Guide to the ABCs of Drawing in his late twenties, had five different careers, all of which he considered true callings.

The power of this sampling period is the subject of a new must-see TED Talk given by David Epstein, a science journalist for Sports Illustrated and the author of Range: Why Generalists Triumph in a Specialized World. What follows are a few highlights of Epstein’s talk.

According to research cited by Epstein, when people pick their specialties later in life, after dabbling in many things, they tend to pick careers that are a better fits—economists refer to this as “match quality.” And when they choose better-fitting careers, they tend to be more engaged in those careers and thus the growth rates in those careers are incredibly fast—so fast that the late specializers erase income gaps between themselves and the early specializers and end up earning more in the long term.

“Meanwhile,” says Epstein, “the early specializers start quitting their career tracks in much higher numbers, essentially because they were made to choose so early that they more often made poor choices. So the late specializers lose in the short term and win in the long run. I think if we thought about career choice like dating, we might not pressure people to settle down quite so quickly.”

2. Early specializers are less adaptable in the modern working world, while late specializers with broad knowledge tend to be better problem solvers.

People who specialize early and then receive a lot of focused training in their specializations have a better chance of getting hired into entry-level positions and making more money early on in their careers than late specializers. However, they have a hard time adapting in changing environments and find themselves at a disadvantage in the long term in the ever-changing modern working world.

Explaining the outcome of a study on specializing, Epstein says, “The pattern was those who got the career-focused education are more likely to be hired right out of training, more likely to make more money right away, but so much less adaptable in a changing work world that they spend so much less time in the workforce overall that they win in the short term and lose in the long run.”

Epstein also points to research on patents, saying, “The most impactful patents are not authored by individuals who drill deeper, deeper, deeper into one area of technology as classified by the US Patent Office, but rather by teams that include individuals who have worked across a large number of different technology classes and often merge things from different domains.”

3. One late specializer with broad knowledge might be more effective in the workplace than an entire team of early specializers.

Don’t underestimate an individual with broad knowledge. It’s possible they might just be more creative, effective, and productive than several hyperspecializers put together.

According to Epstein, “In a fascinating study of what leads some comic book creators to be more likely to make blockbuster comics, a pair of researchers found that it was neither the number of years of experience in the field nor the resources of the publisher nor the number of previous comics made. It was the number of different genres that a creator had worked across. And interestingly, a broad individual could not be entirely replaced by a team of specialists.”

The takeaway here is don’t worry if you’ve yet to find your passion, if you haven’t settled on that one thing you want to do for the rest of your life. In fact, it might be better that you haven’t found it yet. If that’s the case, make sure to continue to dabble, trying out many things, acquiring a rounded skill set, gaining knowledge across numerous areas. In the long run, if and when you do settle on that one thing you want to make your life’s work, you’ll be much better for it, and likely will have set yourself up for long-lasting career success.

In the meantime, there’s much more fascinating and important data and research in Epstein’s talk than cited above. Below is the entire 14-minute TED Talk, which is well worth your time.

A comprehensive resource for students and job seekers looking for career advice, job postings, company reviews from employees, and rankings of the best companies and industry employers.
facebooktwitterinstagram
Share on TwitterShare on LinkedinShare on Facebook 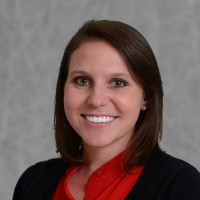